THE AMERICAN LINEMAN– a book review

“Linemen are American heroes.” That’s the central thesis of Alan Drew’s ode to the men and women who energized America. The American Lineman looks like a history book meets a science book, but ultimately, it’s the author’s love letter to those who keep the lights on.

There is no better person than Alan Drew to tell the story of the American Lineman. Drew’s father was a power company executive, and the proximity to linework was all Drew needed to fall in love. At the age of 6, when other children wanted to be veterinarians and football players, he was already climbing poles in his backyard, dreaming of one day being a lineman.

Unlike most kids’ dreams, his came true, and he spent decades as a lineman before being inducted into the International Lineman Hall of Fame in 2008. Now as the Senior Vice President of Research and Development of Northwest Lineman College he strives to stoke that same fire in the next generation.

Aaron Q. Howell, President of Northwest Lineman College, notes in his foreword to The American Lineman that Drew’s encyclopedic knowledge of the trade is so legendary that Howell has an ongoing wager with the students to see if anyone can stump Drew. Howell has never lost this bet. Recognizing that passion for the history of American linework, Northwest Lineman College took advantage of this singular source of knowledge and enabled him to create this book.

Drew’s approach to his subject is holistic. The subheading of the book, “Honoring the Evolution and Importance of One of the Nation’s Toughest, Most Admired Professions” is as good a description of what the book does as any.  The hero of the story is always the lineman himself, but Drew ensures that the lineman exists not in a vacuum but surrounded by the history, science, and drama of an expanding country.

Drew lays out his objectives for the book in the introduction:

Each chapter covers a new era in American linework and is replete with historical narratives, anecdotes, and illustrations of the tools and techniques deployed. Every detail serving to instill a sense of awe at the massive achievement it was to electrify the United States.

Beginning with the era of the telegraph, Drew reminds us that though the inventors (Edison, Morse, Tesla, etc.) grab the headlines, it took men to string the first 30 miles of line that made Samuel Morse’s invention viable and in doing so, a new kind of profession was born. It was developments such as the Civil War that necessitated a more extensive and reliable telegraph system, and with it came steady work for “repairers” of these telegraph lines. And it was those first linemen, before they were called linemen, who had to figure out how to get the job done.

Particularly compelling to read was Drew’s account of the battle for electrical supremacy between alternating current and direct current as fought via their proponents, Westinghouse and Edison. It is fascinating to see how the Chicago World’s Fair, the electric chair, and the death of an elephant all had real-time impacts on the lives of linemen and have had a lasting influence on the advancement of the electrical grid.

As Drew traces the development of linework, he pays careful attention to how the techniques evolved along the way. He delves into the methods used in each era and the technological developments that necessitated those methods.

The descriptions of the work and techniques in the early decades are especially harrowing. The thought that it was standard practice for years to climb poles without a lineman’s belt while relying on a leg wrapped around the pole or that in the early decades one in three linemen would die on the job is staggering in a 21st-century world full of OSHA regulations.

Thankfully, the mortality rate for linemen has gone down drastically, and Drew pays special attention to the advancements in safety even as the voltages linemen are handling continue to increase.

“Necessity is the mother of invention” may be a cliché, but it’s an inescapable thought as Drew details how lineman tools went from being ad hoc creations by local blacksmiths to their own industry. With each new challenge came new tools, and with these tools, came tool companies.

Mathias Klein gets the credit here for being the first manufacturer of a lineman-specific plier when, in 1857, he was asked to repair a broken pair of side cutters by a lineman in need. Now his name is still synonymous with the indispensable lineman’s plier.

The Klein Tool Company was followed by other longstanding manufacturers such as Buckingham (1896), which got its start as a manufacturer of climbers, and AB Chance, which got into the line tool business in 1937 by acquiring a company specializing in tools for hot line work. The tools conceived by linemen and made by these companies have been vital as the industry has progressed from telegraph lines to transmission towers.

Though The American Lineman is not a “picture book”, it is certainly a book full of pictures. Drew expertly weaves the stories of linemen’s exploits in with historical pictures of linemen past, artwork capturing the glory and grit of the profession, and diagrams documenting the evolution of utility poles and power lines.

Each section of the book begins with a beautiful pencil drawing from Douglas G. Schema, artist, historian, and curator of The Electric Orphanage. Drew credits Doug with significant contributions to the book, not least of which are these drawings.

Drew shows particular interest in the portrayal of linemen by those outside of the utility industry such as in advertising and the media. His inclusion of the various appearances of linemen in popular culture illustrates the growth in awareness and respect for linework and lineworkers over time.

Perhaps the most unexpected features in the book are the “Fly To” locations that Drew has highlighted throughout. Indicated by a compass icon, latitude and longitude coordinates are listed for locations of note. While the reader might only explore these places via Google Maps, you can easily picture Alan Drew dragging his family on a road trip to visit an electrical substation rather than the Grand Canyon or Disneyland. He might be one of the few people who would actually take these road trips, but at the very least, readers will be left with an appreciation of why someone would want to do so.

Fortunately, for those people too attached to their couches and Netflix accounts, The American Lineman does the hard work for us.

In his epilogue, Drew asks three questions to test if he has done his job as an author:

The answer to each question is a resounding yes. The American Lineman is what every student wishes his or her textbooks were: a compelling dive into a living and breathing world.  Your 10th-grade world history teacher may have turned the bloody chronicles of civilization into a snore-fest, but here, Alan Drew manages to make the history (and science and geography) of American linework the salute that these American heroes deserve.

Interview with Ryan Lucas of The Powerline Podcast

It doesn’t hurt to have a little bit of a Gypsy Soul Born and raised in a small town in British Columbia, Ryan never dreamed of becoming a lineman even though his father owned a small power line company. It wasn't until a foreman who worked for his father pulled him...
Read More

The Tri-Clamp is a multi-plane clamp that cradles bolts securely following NEMA spacing then clasps itself to the mounting pad of a connecting jumper line.

Recent Posts to the 1952 Society Blog

All The best tools for linemen

Stock up your toolbox 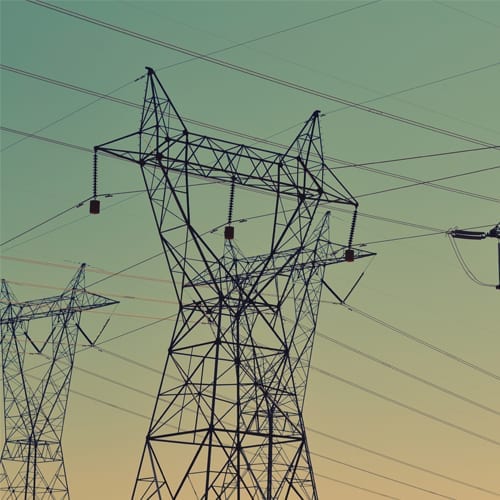 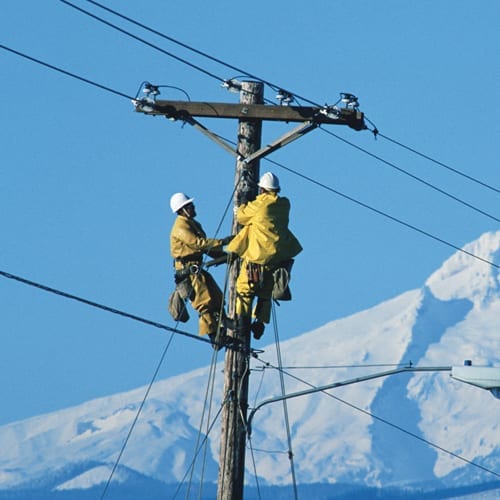 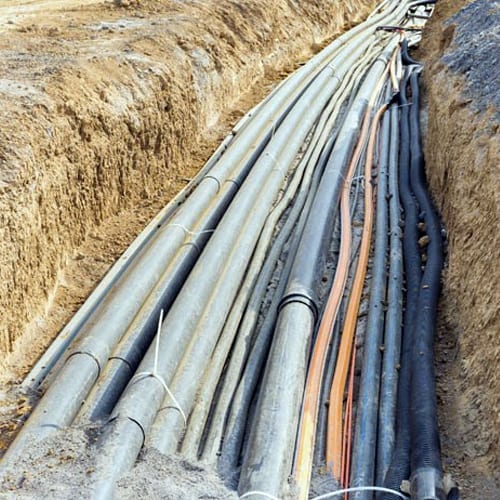 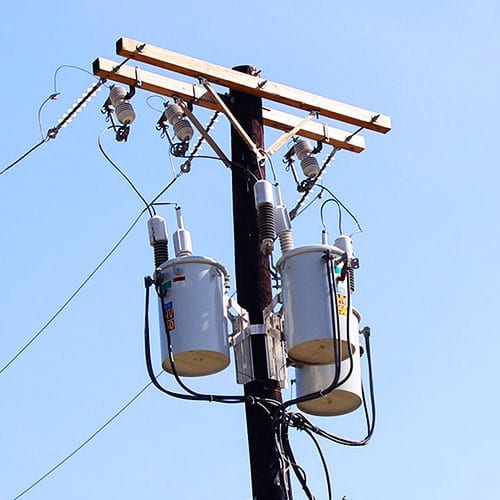 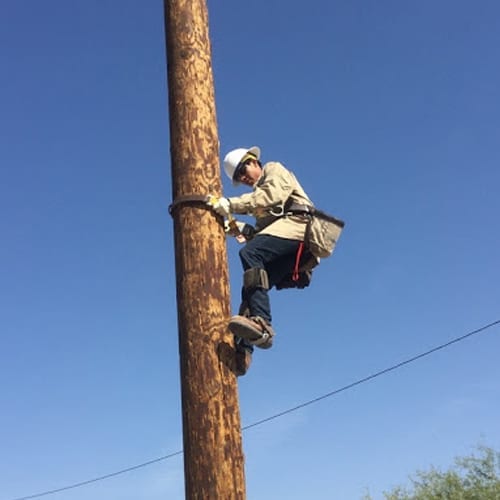 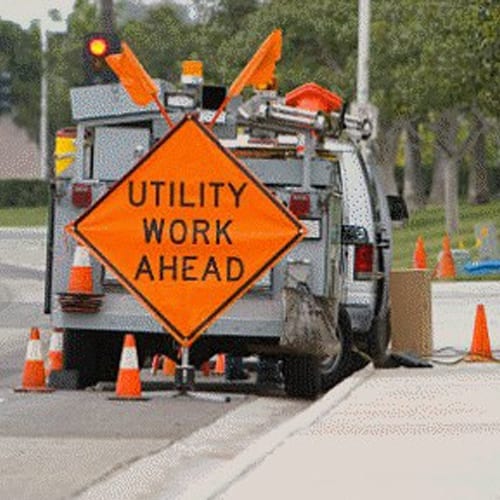 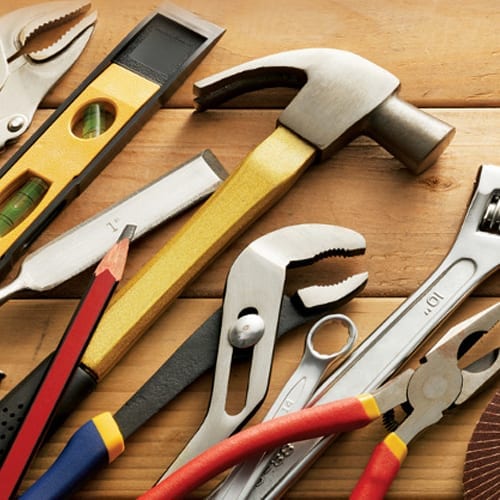 See all the services Tallman Offers

We house a large inventory of the most commonly used equipment for the construction and maintenance of electrical transmission and distribution systems.

We repair virtually any tool we sell!

Tallman Equipment has a full-service assembly department skilled in building and repairing custom grounds and jumpers.

Tallman offers complete repair and reconditioning of your fiberglass tools

Tallman leads the industry in developing and manufacturing transformer slings

Tallman Equipment is expanding our services with the development of our new rubber goods testing laboratory.